Pamela D. Blair, Ph.D., is a holistically trained psychotherapist, life coach, and motivational speaker with a PhD from the American Institute of Holistic Theology.  Pam has appeared in magazines, hundreds of shows and radio programs including ABC World News, CNN Headline News and Fox & Friends, and filmed for a television special entitled “Widowsville”.

She is also the author of three books for women; I Wasn’t Ready to Say Goodbye, The Next Fifty Years: A Guide for Women at Midlife and Beyond, and Getting Older, Better. She is currently retired, facilitating a group for women writers, mentoring in the school system, working on a novel, and living in Shelburne, VT with her husband and two cats.

Pam is an international best seller and her books have been translated into multiple languages. Look for her new release Verderer: Guardian Of The Forest coming soon! 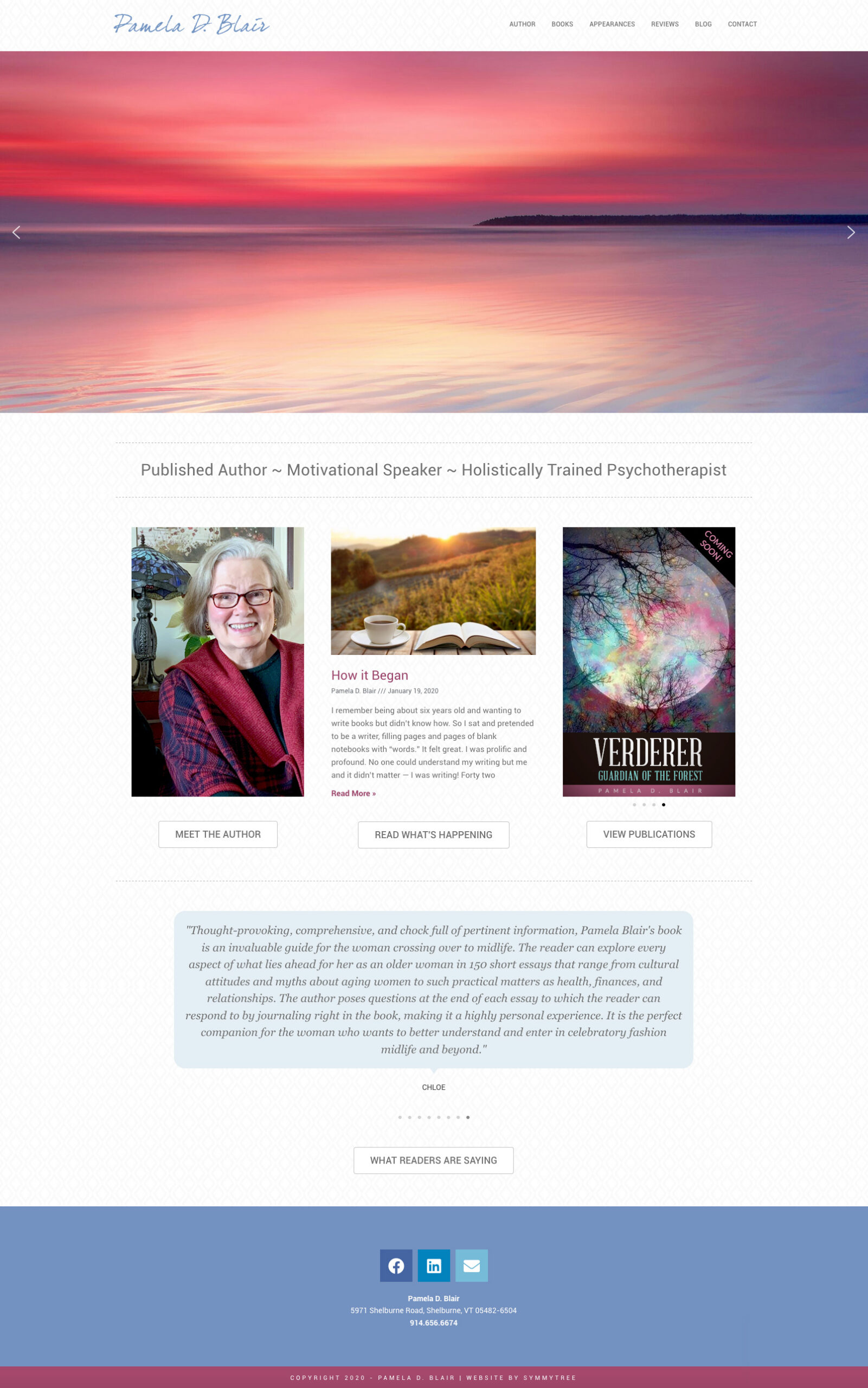 Coffee or Tea's on Me!